The primary goal with TUFF wheels is to bring our customers performance that is as close to or better than the leaders in the market but at a more affordable price. This applies to our hubs. If customers want to go with the “big brand” hubs they can spend the extra money if they want to. But we wanted our hubs to be the best we could offer and still be affordable.

This unique approach, when combined with a truly integrated system – from hub, to spoke, to nipple, and rim – makes the wheels immensely stiff under load, and as fast as it is beautiful.

The torsion-negating G3 spoke pattern – is a design born from science as much as it is from art.

In G3 geometry, the right side of the rear wheel has twice the number of spokes compared to the left side.

This enables an improved energy transfer. It also reduces the stress on the spokes on the right side and increases lateral stiffness.

The advantages of the G3 system are astonishing: better transmission of power, greater lateral rigidity and reduction of spoke tension on the rear wheel.

Thanks to the G3 system, which compensates for the forces acting on 2 sides of the wheel, vibrations are eliminated, even for people with heavier weights. 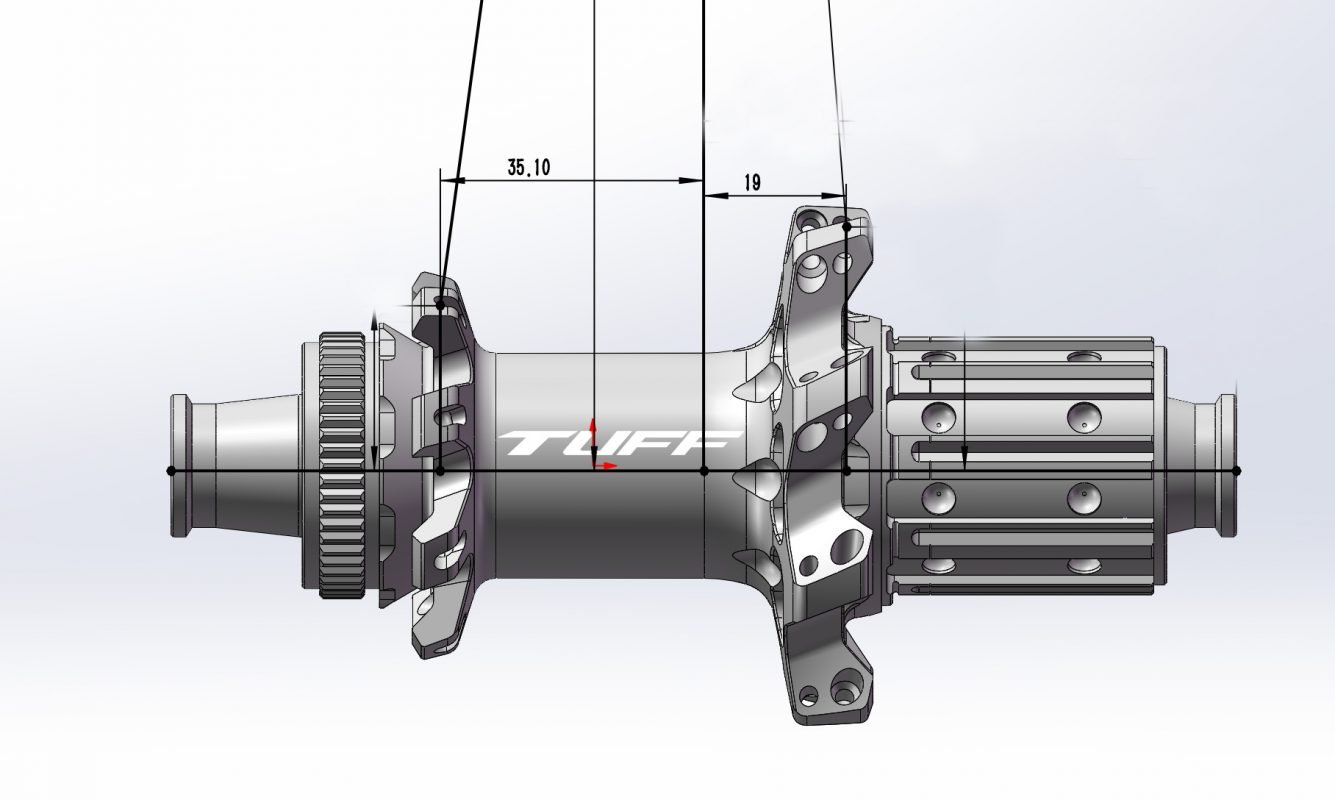 With large axles you have to use large bearings – no surprise there. We use 2pcs 15267 in the front hub and 6802 in the rear of our TUFF road hubs but then upgraded to a wider higher load capacity 15267 bearing in the drive side of the hub body.
These bigger bearings not only have higher load capacities than many of the cheaper hubs out there, but they also press into the hub bodies with better alignment.
If the bearings sit straighter under load, then the stiff axles don’t flex as much, you get far superior rolling bearings and wheels as a result

(3)Stiff spoke bracing
What is the point of having stiff hubs if the wheels are noodles? Not a lot really!
While straight pull spokes are extremely popular, most examples do not have large flange diameters, which increase the spoke angle that helps, produce laterally stiff wheels.
Laterally stiff front wheels provide more confidence cornering at high speed – perfect for downhill descending or fast crit racing.
A large drive side flange in particular increases both torsional stiffness under power as well as lateral stiffness in the rear wheel – two factors often missing in light weight wheels. We increased the flange diameters of our straight pull TUFF G3 hubs to help give that confidence inspiring stiffness in both the front and rear hubs so our customers can rip round the corners and make the most of their fast hubs and rims.

very tough enough for your cassette installation, won’t have bite by the cassette

Durability and EASY maintenance are aways the the 2 big advance of star ratchet system hub.

Popularized by DT Swiss, the ratchet drive is also spring-loaded, but it doesn’t use pawls. Instead of three or six pawls pivoting out and interacting with a surrounding drive ring, a ratchet drive uses two toothed rings, placed next to each other on a horizontal plane.

The engagement works in a similar way, in that the teeth on both rings engage and lock together, but are angled in such a way that they engage in one direction, but slide past each other in the other, and a spring helps to ensure they remain in contact. This has a lot more mechanical contact, using all its available teeth at all times.

In the DT Swiss star ratchet design, you have all its teeth as a single metal component, making the possibility of mismatched engagement nearly impossible. With a single spring and all those star ratchet teeth engaging, instead of six individually sprung pawls, there’s a lot less to go wrong.

DT Swiss uses two conical springs in its Star Ratchet systems, ensuring the connection between the two ratchets. Upon pedaling, the springs become preloaded and engage the two-star ratchets to create reliable power transfer by engaging all the ratchet teeth. The Ratchet EXP is more like a hybrid design utilizing one spring and a fused ratchet, which, as you would imagine, leads to a decrease in weight.

(3)Choice – this is actually something we saw as lacking from many top brands.
Most brands of hubs will offer hubs in 20 front and 24 rear spoke options – but then nothing else. This might be very popular in the hand built road bike market but many lighter racers want more aero and less weight. So we decided to also offer a hub set with 16/21 front spokes and 21/21 rear. The 21 rear wheels are still very stiff as we use 14 spokes on the drive side for excellent torsional stiffness under power, but then we use a large drive side flange diameter and increase non drive side spacing to keep the lateral stiffness high.
Because of the loads transmitted through the spokes with disc brakes – we haven’t been able to offer a hub set with less than 24 spokes front or rear with our TUFF hubs. However we do offer a design that is easily adapted between different axle configurations. You can swap end caps on the front TUFF  hubs to allow the use of 15mm thru axles, 12mm thru axles (the standard for new road disc bikes), or quick releases.
In the rear you can swap end caps between 12mm through axles and normal quick releases.
No need to buy multiple sets of wheels if your frames have different axles specs. 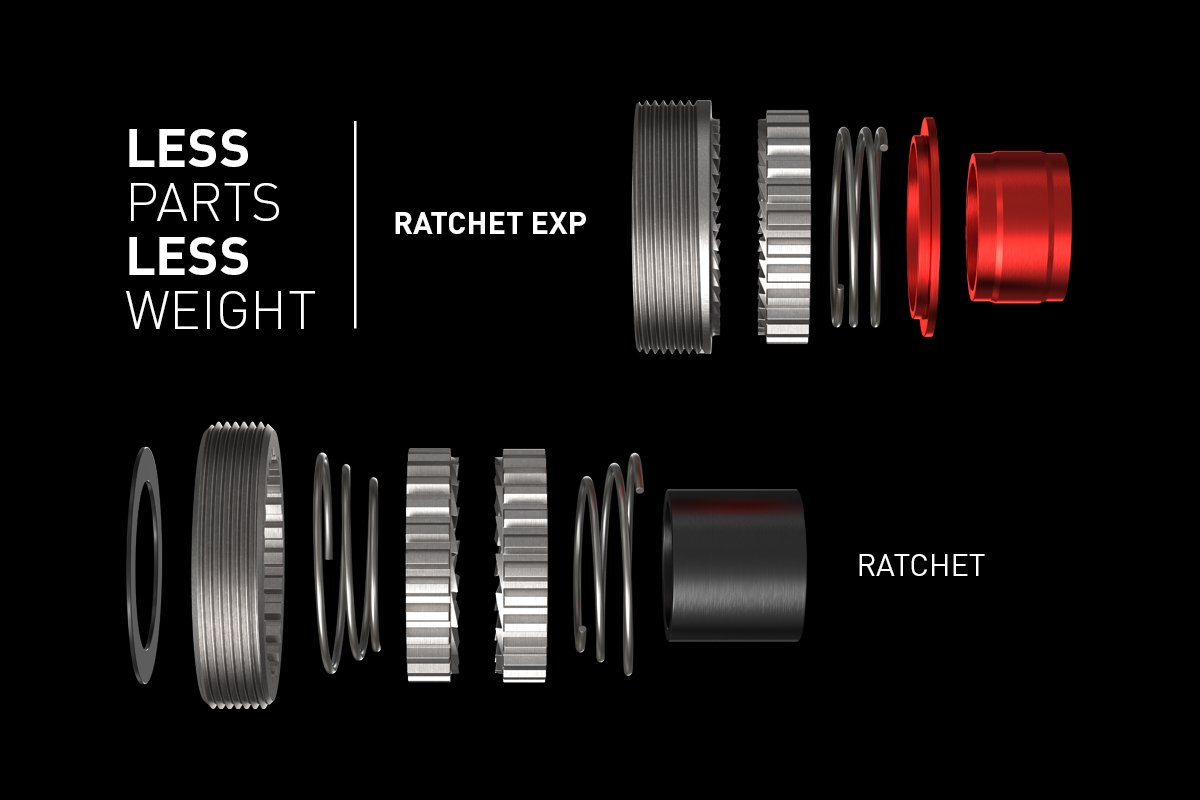 Cookies are important for the proper performance of a site. To enhance your experience, we use cookies to store login information and provide a safe connection, collect statistics to optimize website functionality and adapt content to your interests.
More info Accept